Landing in Kenya with my enthusiasm and passion, I have been experiencing all kinds of different things in this unique country for the past month. I got to encounter different people and come across cultural specific moments in central house, schools and downtown, exploring the small county Kakamega as a college student from China. 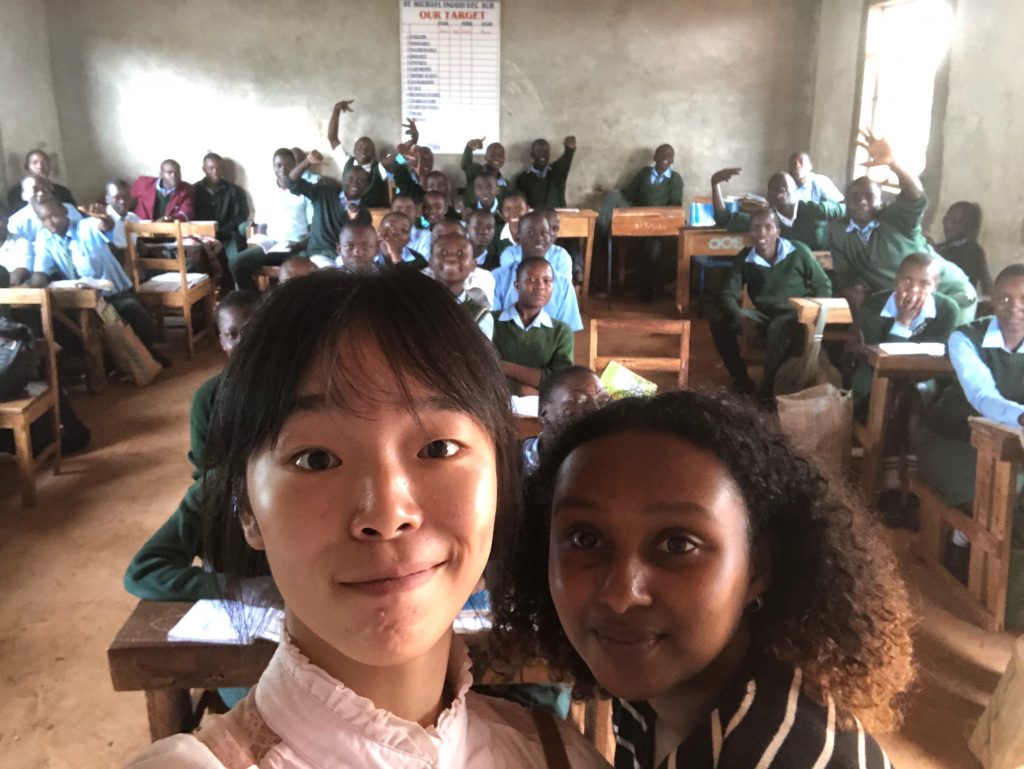 Munira and myself at our school.

Being Chinese in Kenya makes up loads of special moments of the experience. For example, the way we are greeted could be sometimes irritating, but altogether harmless and welcoming. The first time I walked on the street of Kakamega on July 5th as I remember, me and my friends from Singapore were shouted at by people in the market: “Ching Chong Chan”. Since such a phrase is a typical representation of racial discrimination towards Chinese people, I felt that I was offended by the people in the market. However, after going to the school I’m assigned to and talking to the teachers, I was told that people learned “Ching chong chan” by watching Kongfu movies and people are not meaning to offend or discriminate, but entertaining themselves and others. Thus, it become an interesting thing for me to greet people who said “ching chong chan” – I take the responsibility of representing Kongfu star “Jackie Chan” to friendly Kenyan people with the little amount of Kungfu knowledge I have!

In terms of project investment in school, my partners and I spent several weeks exploring the needs of the school by giving out questionnaires and having conversations with a mix of students. We were able to see how 500 students squashed into a limited space in school could still produce amazing academic results and an amazing atmosphere. Living in the community, we get to build close relationships with students in the school in different forms and we were even invited to a school boy’s birthday party. It is such a nice thing to be fully involved in students’ life in school and really, the candies and biscuits at the birthday party were very nice..! 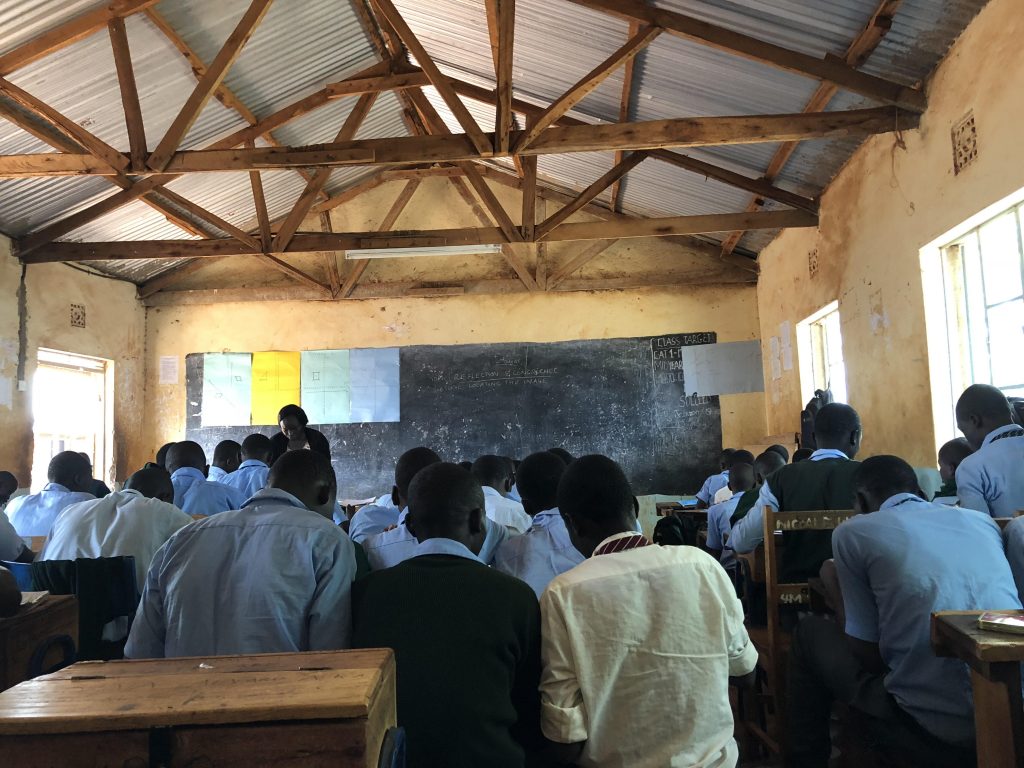 The first project we invested in is a water borehole as most teachers are concerned about the water tank which dries out during dry season, as well as the old borehole which is not deep enough to be considered an ‘improved water source’ and is often contaminated by toilet waste on rainy days. Without a clean water source, this boarding school has been experiencing a severe issue of boarding students getting skin problems and diarrhoea by drinking and showering using dirty water. The students becoming ill prevents them from studying to their full potential. We are glad that by the time of this blog, the new water borehole is half finished and we hope that the 80 meter borehole, which sounds incredibly deep, can last for generations and generations to benefit the school as well as the community nearby.

Apart from happy moments, there are some aspects of life here which are more difficult for my partners and I. Although corporal punishment is illegal here in Kenya, it is well known that it is still a common means of disciplining. It is reasonable for students to be disciplined after misbehaving, but discipline in this context seems to be synonymous with caning. It is a delicate cultural topic and there is a long bridge between this teaching tool and those I experienced growing up. We have tried and will continue to try to communicate with the head teacher, suggesting policies to manage behaviour in school that are more reward based, but thus far we have not made much progress. As a group of Project Workers it is something we are all working towards finding a solution for. After trying to persuade, communicate and debate in a reasonable way, we hope that in the near future caning will not be the priority for disciplining misbehaved students.

There are still so many things for us to explore and we still hope that more attention can be given by the government to rural schools which are full of students with underutilised potential. 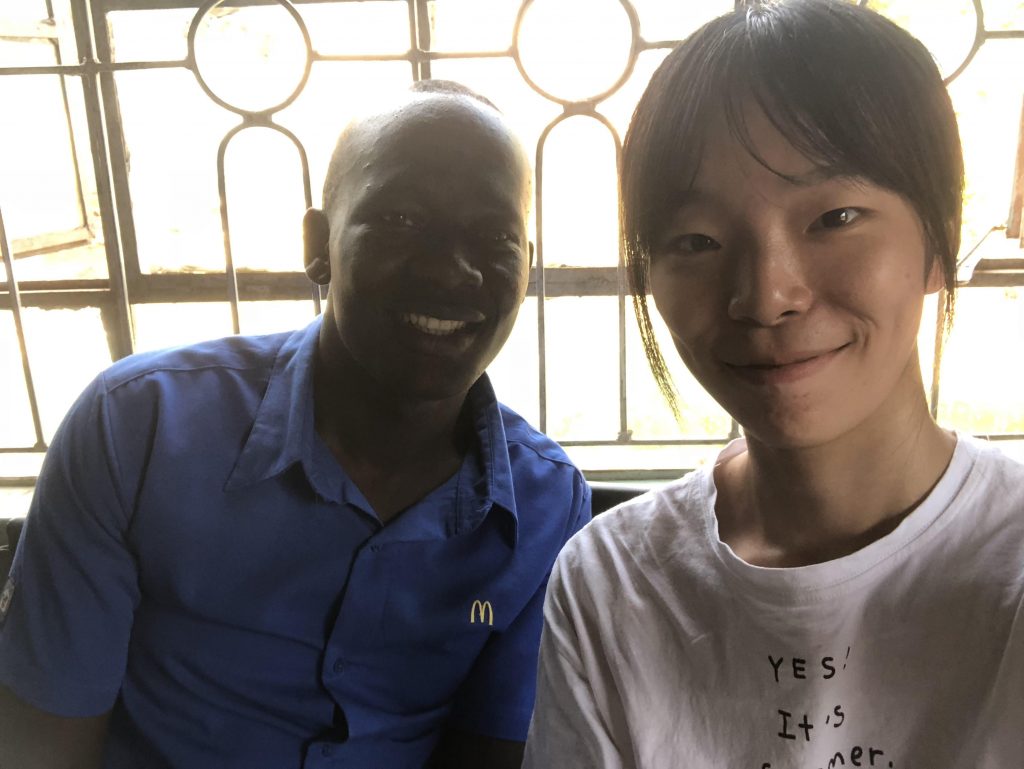