Anyone who has spent any time in Kenya knows that power cuts are frequent and disruptive. The effects of  these outages are particularly dire in boarding schools, where students are plunged into darkness every time there is a power cut, severely inhibiting their ability to revise or do their homework outside of daylight hours (7am to 7pm). The cuts are unpredictable and can last several hours or even days.

Electricity bills in the secondary schools we work in average at almost £700 a year. We have also found that monthly bills are wildly inconsistent both within and between schools; one Head Teacher told us that she paid 10000Ksh one month, and 2700Ksh the next, with no conceivable explanation.

This year, the Kakamega Summer Team, whose main job is to support PW’s and oversee their projects, was given its own pot of funding with which to run a number of pilot projects. The purpose was to see how we can utilise our extensive network of schools and Summer Team’s  collective experience in delivering projects. This gave us the freedom to explore broader issues than can be tackled by Project Workers working in just one school, and to take on more ambitious endeavours. 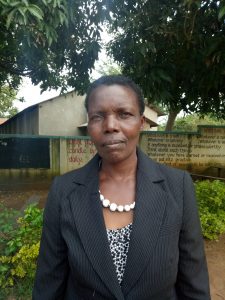 We made solar energy one of our main focus areas early on, and our coordinator, Catherine Donzé took the lead. She started by making a shortlist of viable recipients, for which she painstakingly called round and visited a great number of schools from our partnership network. She eventually came  back from a visit positively glowing: “I have found the perfect school!” she announced to us.

St  Elizabeth Bumia Secondary School is located in a small village outside of Mumias and has 140 boarders. Madame Azibeta Odongo, its fantastically proactive and tenacious  Principal, told Catherine of how her students struggle to go about their lives during blackouts, and was greatly enthused by the idea of having solar power.

As is often the case when working for EPAfrica, a lot of very niche knowledge was developed by Summer Team; we all felt like solar energy experts as we listened to Catherine explain her research on lumens and inverters and helped her make endless calculations to sense-test the quotations she was receiving.

Solar panels are costly and we wanted to be certain that we would be funding quality work with a really long-lasting impact. Catherine got detailed quotations from five different suppliers, settling in the end for Hassan from SIMNet. The Principal was confident in his ability and level of experience. As she told me later “he knew exactly what to do and how. Many others had to call someone for advice, but when he was here he was taking calls to give advice to others”.

Together, they decided to install three solar panels on the roof of the school, powering five classrooms as well as the admin block. 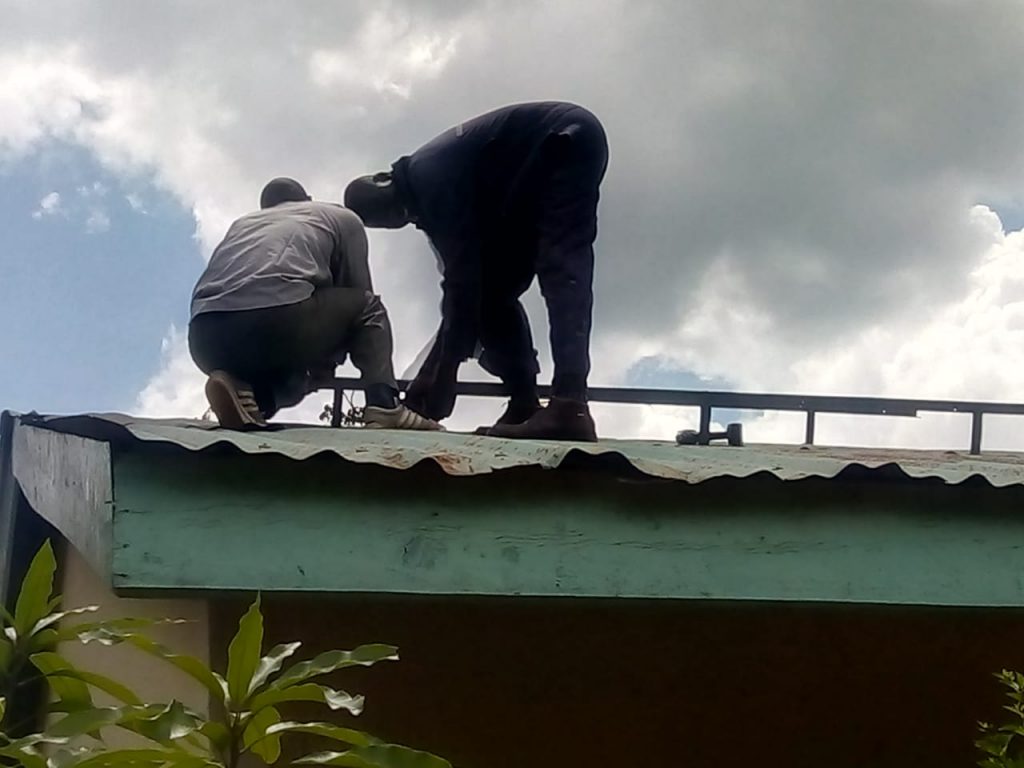 Engineers installing the panels on the roof

Within a couple of days of the final quotation being drawn up and paid, the solar panels were up and functioning. 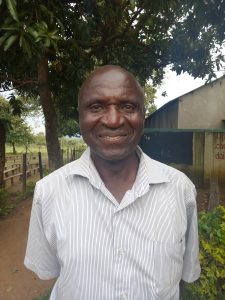 The school started using them “from day one”, the PTA chairman told us. “We could not believe it when we received our electricity bill this month! It was 23Ksh (~20p). We thought they had made a mistake.”

The project has been successful; the school is saving a large amount of money every month and it no longer has to rely on Kenya Power’s patchy supply. The solar panels themselves come with a 20-year warranty, and there are two watchmen on duty every night, meaning that the risk of theft or vandalism is close to none.

Even I was surprised by how quickly the school started benefiting; when I was told what their electricity bill amounted to I was just as amazed as the PTA chairman. I really hope that as we move forward, we can replicate this project across more schools in our network.

☀As part of Kakamega Summer Team’s Central Pot Project, St Elizabeth Bumia Secondary School has been able to install solar panels big enough to power 5 classrooms and the whole admin block! Boarders will no longer have to rely on candles or mobile phone lights to revise by during their all too frequent blackouts.☀ #epafrica18 #renewableenergy #solarpower