The second of our Central Pot blogs visits Eronge Secondary School in Kisii, where Project Workers used an EPAfrica Central Pot grant to deliver significant improvements to the school’s laboratory, with additional benefits for the male boarders.

At Eronge, the Central Pot grant was used to purchase a new 5,000 litre water tank. This allowed an existing 2,300 litre tank to be transferred to the chemistry laboratory, meaning that the school is now the proud owner of a functioning lab complete with water, gas and furniture. The new tank will also have a huge impact on the male boarders, who will now have more time to study, as they won’t have to go to the river to collect water. On average each student will save 6 hours per week! 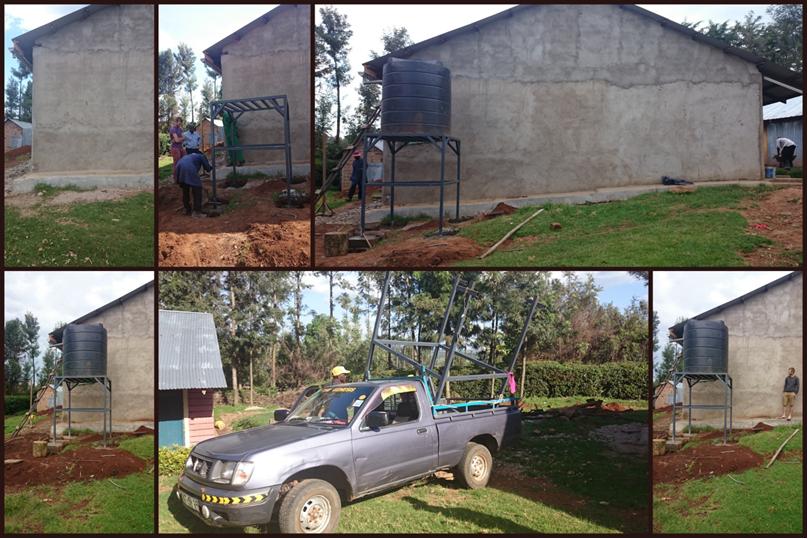 The school’s principal expanded on the benefits the project would bring to the school: “When you came, we had a building. Now, we have a library and a lab. Actually, some parents who came to the school appreciate it and say that they’ll send their children here next year. We are getting more students, and more parents that can pay”. So not only are there positives for current students, but the project has the potential to secure ongoing financial security for the school itself.

The project was led on the school’s side by the Head of Science, an extremely engaged teacher who has committed to ensuring that the tanks are maintained when needed in the future. We have high hopes that students will continue to enjoy the benefits of this project for years to come!

To grow the number of projects we can support with the central pot funding, we need your support. Sign up for regular giving, or support us with a one-off donation as part of our March 2017 ‘Water For Learning’ Global Giving Campaign.