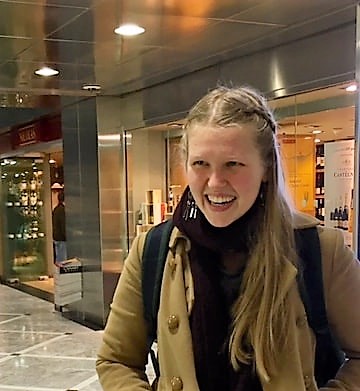 With 2017 in sight, this week we’re revamping the Humans of EPAfrica page for the next year, starting with an interview with Caroline Sharp, who was a PW in 2014, and is now the UK Operations Manager. We’re aiming to get a more personal look at what it’s like to be a member of EPAfrica, and see what it takes to be a member of the charity, from day-to-day work to their most impressive stories (which in Caroline’s case include meeting the President of Uganda). Expect more to come.

This page will be worked on in part by Free Hype UCL, a volunteer branding group working for charities in the London area, run by students at the university. Our facebook page can be found here: https://www.facebook.com/pg/FreeHype/about/?ref=page_internal

“So how did you get involved with EPAFrica?”
It was my first year and being an overly keen fresher, I signed up for everything. EPAfrica came along, and it sounded like they had a really different approach to volunteering and that whole ‘gap year’ lifestyle, so I decided to volunteer.

“How does EPAfrica tackle the education problems in Kenya and Uganda?”
“It’s a two-pronged approach. We’re trying to give students skills like project management abilities, good cultural awareness and sensitivity and so we’re looking for someone who hopefully will make an active change around the world in their future careers, as well as when they’re with us. We’re also trying to have a really strong sense of partnership with our schools, and making sure we’re working together with them to achieve change. We don’t want generic, one-size-fits-all systems where everyone is given the same thing. Instead, we want to adapt to each school we work with. So we’re helping these schools individually by giving them a bit of a push, and then we’re letting them develop on their own.

What’s your favourite story to tell about your time in Africa?
I once meet the President of Uganda. There’s a slight awkward thing being in Uganda, being white. Whether you like it or not, you’re in a position of privilege. We were told that the President was coming to open up a new health centre right next to the village. We walked along to the health centre, with the head teacher from the school we were at, and our plan was to stay at the back and keep quiet. But we got pushed right to the front of the VIP section, and there was the President. He started giving this speech in Nyan kore, the local language, and half way through the speech, turned and looked at us, and said “Why are these white people here?” So of course we had no idea what to do. He brought us onto stage, in front of about a thousand people, and asked “So agriculture’s really strong in Uganda, but what’s like in the UK? Do you dig?” So we had to say “No, we’re horrifically untalented at digging”, or something like that. Then he asked us something like “So how big is the average English Garden?” So I had to just improvise, and stepped away from him until I got to about how far away the average English garden is, whilst the whole audience were laughing at me. So yeah, apparently our gardens aren’t up to scratch.